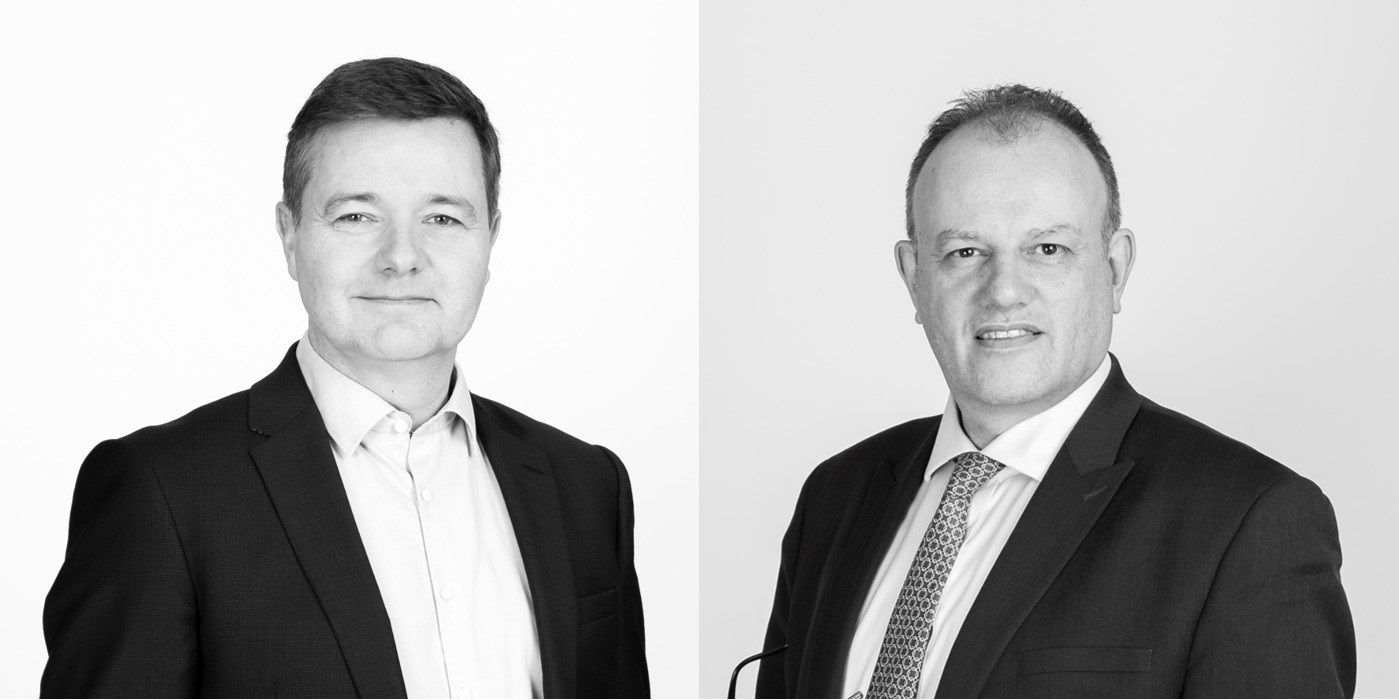 When growing your business, you should opt for the methodology that best suits your goals. Hiring exceptional individuals through organic growth (i.e., talent acquisition) can offer benefits such as the gradual assembly of teams. However, for some firms, the option of merging or acquiring another business can be highly beneficial for rapid growth, large-scale acquisition of new specialisms, or establishing a presence in new locations.

Adamson & Partners created its M&A Transactions division to support our clients’ inorganic growth goals. Our first success story was the facilitation of the merger of Cleveland IP and Scott & York, two reputable IP firms in their own rights, to form Cleveland Scott York in 2017. I sat down virtually with the firm’s current and previous chairs – Andrew Mackenzie, of the former Scott & York, and Jonathan Clegg of the former Cleveland IP – to hear more about their views on the merger, and the key successes and challenges.

An introduction to the firms

Cleveland IP began in 1927 as FJ Cleveland & Company (later Cleveland IP) and began a rich history in the IP sector. Their early work included drafting the first patents for jet engines and they have continued to work with innovators and brand-led companies.

Scott & York was originally a firm based in St Albans, Hertfordshire for over 30 years. They gained independence from Marks & Clerk and grew a strong regional presence in full-service IP matters.

Through my experience and knowledge of the IP market and my work with the firms, I was greatly impressed with their business acumen, especially how the two firms had built their brands and cultures with the ultimate goals of efficiency and modernisation. I had a good understanding of the firms’ cultures and was highly aware of their reputation and how they prided themselves in the quality of their work.

The decision to merge

Speaking with Andrew and Jonathan, I asked them to reflect on their original motivations to merge before connecting with Adamson & Partners. For Scott & York, they were scalability and rapid growth. Andrew notes that they “always wanted to grow inorganically, as organic growth can be slow.” Describing the landscape before the 2007/8 recession and post-independence from Marks & Clerk, Andrew saw the business as an “agile player” with the ability to provide a more responsive service compared to larger practices. However, the subsequent recession created a shift in the market, requiring practices to provide “more consulting and strategic advice”, with larger practices readily positioned to do this. In response to this market change, Scott & York needed to increase their headcount and services to further raise their market position.

Despite their size, Andrew explained that Scott & York still had a competitive advantage when it came to their international positioning, “we kept a London serviced office which we certainly needed for international business. This proved reasonably successful from a client acquisition point of view, as we could present as a London firm.” He further added that the St Albans office was an asset when it came to localised hiring, “in terms of recruitment it was always a bonus because we would find that from a lifestyle point of view we could offer something really attractive for recently qualified people who had done the ‘fun thing’ in London but were looking to start families, find good schooling, etc.”

The importance of drivers

Cleveland IP had similar goals for growth, Jonathan explained. The firm had  for some time opted to grow organically, through the route of “train and grow”. Mergers had periodically been considered, but they often lost momentum due to the time and energy devoted internally to pushing the opportunity forward.

Having ‘drivers’ (i.e., dedicated persons progressing conversations and mediating between parties) is critical to the success of an M&A deal. Although partners in the firm may take up this role initially, many do not realistically have the time to play this role effectively alongside managing day-to-day business responsibilities. Andrew agrees with this, “we didn’t have enough partners to cover all bases. It is very important in merger discussions to have a real driver or two on each side because otherwise, you’re never going to have equal engagement with the process. It would take too much time, so to be efficient you need to have some way of bringing the partnership along on each side. It needs to be driven by people who think it is a good idea.”

Andrew explained that if they didn’t have the additional help of Cleveland IP’s Practice Director and the external help of Adamson & Partners, “the deal wouldn’t be done. [The process of merging] can be a time vampire!”

Considering the process, I discussed the vital aspect of partnership ‘buy-in’. Jonathan explains that it is “always a journey where the engagement level of each partner varies, and partners are obviously not all equally aligned at the outset”. He further elaborated that it often begins with seeing if there’s a personality fit through “all having dinner together at the beginning, because if you have an informal dinner and it’s a disaster then I think that tells you something.”

Andrew agrees with the sentiment. “Engagement and buy-in were a predefined strategy. It’s about checking the fit: cultural, economic, overlapping clients, geographical, and all of the logistical details. However, the real key is internal and external trust from both sides”.

For both firms, the initial meetings were a success. Jonathan explained, “Everything lined up, so, it was a case of taking a step of faith to make it work!”

Internal support of the merger

The merger of the two practices took over a year to complete, from initial conversations to signing the papers. Jonathan explained that despite a few concerns, employee reaction was “more than positive. Neither firm lost any people.”

A key part of any merger process is ensuring that employees are informed of structural changes, alleviating concerns of potential job losses or redundancies. Both Jonathan and Andrew further explained that the merger was about enhancing both practices, “There’s no need to keep details confidential for confidentiality’s sake. Even if you trust your people not to ‘leak’ the deal, you must maintain transparency as some things may unsettle people, even if they aren’t issues.”

However, one of the foremost questions from the staff was the fate of the St Albans office. Andrew explained that maintaining the office was a key part of the merger, and in turn, he could assure staff that it would stay open.

Client reaction to the merger

We next touched upon the all-important response from clients. Andrew explained that the clients were incredibly positive as the practice had always sold on “value not cost”. He further explained, “[the merger] scaled us up,” describing the increase in size and addition of Cleveland IP’s contacts, and saying “we developed a deeper network that allowed more cross-selling across our joint clients”.

Jonathan added that the merger opportunity also opened them up to a wider breadth of specialist work, “We recently had a big opportunity for some new patent work. Without the merger, we wouldn’t have been able to land it.”

The biggest challenge following the merger

When discussing any challenges, both agreed that it was the operations of the firm. “We’ve done a lot with IT and workflow post-merger.” Andrew explained, “both firms had good IT systems and processes, some of which we needed to dispense with. It is an expected cost of the merger.

“It’s an ongoing challenge, but it’s a positive journey,” Jonathan added. “Things won’t all align at the point of merger. If there’d been issues with clients, we’d have considered that to be more of a problem”.

The lasting benefits of the merger

Andrew explained that in the time following, they are in a “much better financial position and this is due to the merger”.

This interview took place one year since the beginning of the COVID-19 pandemic and consequent lockdowns. Andrew explained that previous work on modernising systems post-merger helped transition staff quickly to remote working. “Before lockdown, we were going to pilot half the firm going into remote working, and a half working from the office. Due to the sudden announcement of lockdown, the pilot didn’t happen and we all quickly moved straight into remote working.”

Andrew further explained that a big focus has been creating an online office culture to look after staff well-being. “The challenge I think for all businesses is creating that social cohesion. We’ve run a ‘hackathon’ for staff, online Christmas party, cocktail party, quizzes, wine tastings.” This is just the beginning of the firm’s future, “we have a group looking at the next five to ten years of the business, and what’s high up on the agenda is the location of our staff. We took the decision last week that our staff can work anywhere, whether it be in the offices or remotely. However, we do know that no one wants to be in the office, or at home, all the time, they want different levels of hybrid working. We want to be properly flexible, as this will be good for recruitment, retention, staff morale as well as the business at all levels.”

The firm’s presence in Europe and Brexit

With all infrastructures set in place for remote or hybrid working, I asked about another highly topical question – their plans for operating in a post-Brexit Europe and the future of their Brussels office.

Jonathan added, “There’s an obvious distinction between patents and trademarks when it comes to Brexit but a lot of firms have had to navigate through all this for the last four years. We already positioned ourselves as European attorneys, and that will continue going forward.”

Looking to the future

Within the next five to ten years, Jonathan explained that “we have a very strong cohort in the firm now, so we are in a good position to build on that. However, we need to maintain our standards and continue to attract and retain clients. Obviously, we are ambitious, so we’d like to work with more corporates.

Despite their increase in size, they consistently work to keep their personal touch, “I do think that we are perceived as being a firm where senior people are accessible, as it helps to maintain client confidence.”

Thanking them both for their time, I asked them the key question – would they do it all again? Jonathan says, “yes, in principle we would, it worked” with Andrew further adding, “it’s been hard work, but it’s been worth it from both sides. When you put two bits together, what’s left is better!”

If you are looking to develop your business, we would be delighted to help. Whether you are looking for your next career opportunity, help expanding your team, or assistance with mergers and acquisitions, contact us today for a confidential discussion. 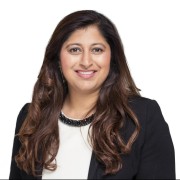